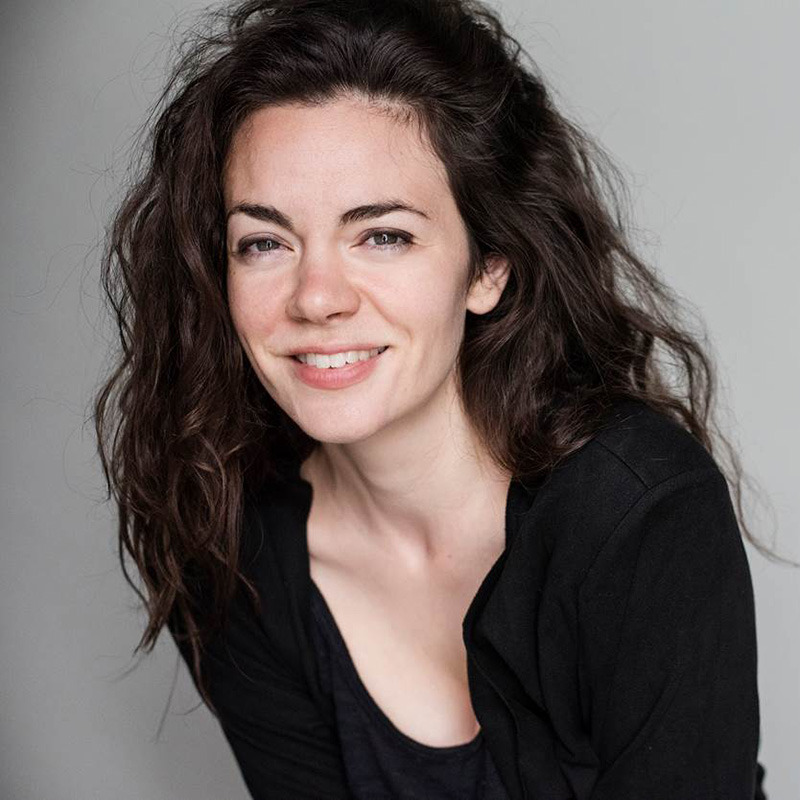 Her varied career has seen her on stage in world-famous venues such as the King’s Theatre in Edinburgh and Brooklyn Academy of Music in NYC and performing outdoor winter theatre in Canada with Common Boots.

Since 2011, Haley's self-penned solo shows have toured to over 36 venues in 11 countries around the world, winning awards including best performance at United Solo NYC (the world’s largest solo festival). These works have been described as “defiantly distinctive” (The Scotsman), “continually hilarious and hypnotically honest” (Exeunt),  and “sad, funny, excruciating and affecting” (The Telegraph).   Her play OH MY IRMA has been translated into 4 languages and ran in German as part of TheaterKiel’s 2019 repertoire.

Her most recent solo, The Ex-Boyfriend Yard Sale, premiered in London at the Camden People’s Theatre followed by a sold out run in Toronto at the Progress Festival. A book based on the show will be published in 2021 by Penguin Random House Canada and Hodder and Stoughton UK.

In 2019 Haley began teaching artists how to creative their own solo shows in her Solo Show Creation Lab. Haley holds a BFA in Acting from Ryerson University. Originally from Kitchener-Waterloo, she now lives in London, UK. www.haleymcgee.ca